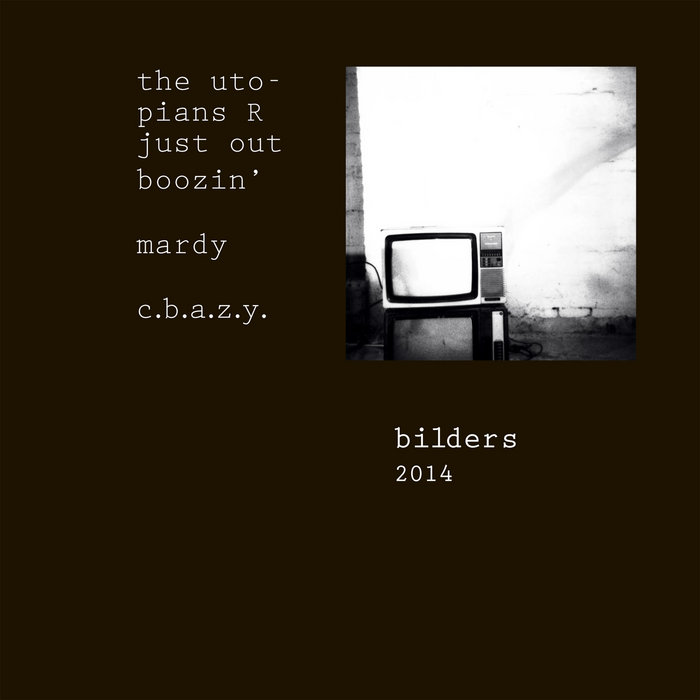 The Bilders were three groups in 2013. Bill Direen played in each group in Australia, New Zealand and Germany/Austria. Two of the groups made it into professional studios during the tours. The German tour schedule was too tight for any studio work but the best live show, actually in Austria, was recorded.

The three bands have different pedigrees, way too complicated to go into in detail. Briefly, the Melbourne band goes back to Bill D’s duo tour with bass player Barry Stockley in 1980s. Time has rolled on and the drummer now is Barry’s own son Tama. They were joined in Melbourne by kiwi ex-patriot Jess McCann, on piano and accordion, and a few other willing guests.

The German band goes back to Bill D’s three year stint in Berlin in the 90s, when he first played with the violist TT G-schrey at places like the legendary Red Salon. They were joined by David Wuk, the permanent drummer of much-loved Austrian band Der Nino aus Wien, Louise J (NZ, bass) and New Zealander Mark Williams. Bill and Mark worked together on a recent Bilders project in Wellington known as Ferocious.

The Auckland lineup Stu Kawowski (Page) long-time drummer and artist-photographer for the Bilders since 1984, Andy McCully, Bilders keyboardist on their 2008 tour of New Zealand. Pete Scott (bass) was hired in for the Auckland sessions.

So this 7 inch makes for a really good sampling of Bilders personnel from three decades of music surprises. 2013 was an incredible year. No casualties, a lot of happy punters and a 7 - inch EP on SmartGuy ( out in 2014 ). Not bad going.

Bandcamp Daily  your guide to the world of Bandcamp